NO CHANGES TO SCHOOL CROSSING PATROLS 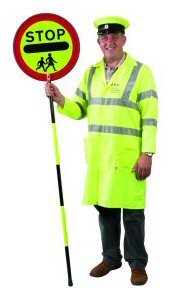 Councillors were never going to agree to save money by cutting local lollipop services, in spite of inaccurate newspapers reports that this was "expected".  The media got it wrong.  Reducing the number of school crossing patrols - and saving £93,000 - was among a great many possible savings options put to councillors today (Thurs 27 Jan) but it was immediately rejected by all three political parties. So that's the end of that particular rumour, among lots that are currently circulating.

Sefton's tourism and leisure departments were also suggested as possible areas for very significant financial cuts.  But councillors did not accept the savings numbers at today's Cabinet meeting and instructed the council's officers to go back and think again.

All councils throughout the country are getting less taxpayers government grant money to pay for running their services because Britain is hugely in debt and they are having to make big cuts. The previous government spent money that it simply didn't have.  Instead, it borrowed.

Liverpool is making 1,500 staff redundant - one in six of the workforce. It's reported that "life-line" services for the young, elderly and disabled will not escape the cuts and libraries and leisure centres will also face the axe.

Our "national credit card" debt is now equal to £22,400 for every person living in our country. We are in hock to others who lend us this money and we cannot go on like this and must reduce this huge national overdraft for us and future generations.  Government has to pay out millions of pounds every day in interest payments.

It's difficult to realise, as we all go about our daily business, that Britain's finances are in such a dreadful, perilous state. In fact, worse than any other developed country. That's how bad things are.

Sefton council has to cut £44 million this year from an available budget of around £227 million.  Huge cuts have already been made, with more than 1,000 job losses threatened including the departure of a raft of top and middle management people.  But even deeper cuts of approx £17 million still need to be found to balance the books and set a legally required financial budget in March.
Posted by Your local councillor team: