Liberal Democrat councillors in Southport have welcomed a three-month breathing space to allow a detailed alternative to library closures to be developed.

A verbal commitment to give library campaign groups time to bring forward detailed feasible and sustainable alternatives to closure was given by Councillor Peter Dowd, Leader of Sefton Council, at the Council's recent budget setting meeting. 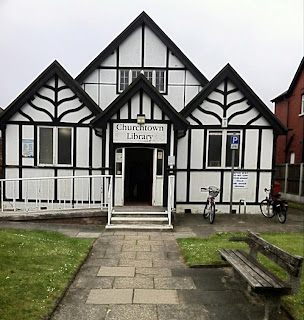 However, the Liberal Democrats have expressed disappointment that Labour-controlled Sefton Council has decided to officially endorse Option B which proposes closing seven out of the Borough’s current thirteen libraries.

In Southport the campaign groups battling for Churchtown, Ainsdale and Birkdale libraries have already come together and submitted a ‘Joint Further Submission’ which was tabled at the Sefton Cabinet meeting held last week.

The Liberal Democrats welcome the opportunity that has been given to local campaign groups to fully work their alternative approach, as it means there is still a chance to keep the three threatened Southport libraries open, including Churchtown Library.

Councillor Nigel Ashton said: “The recent ‘Joint Further Submission’ put forward by the Churchtown, Ainsdale and Birkdale library campaigns identified what we consider to be an achievable alternative to closure.  This uses volunteers and involves a small reduction in opening hours at the three branch libraries in Southport.”

“The three library campaign groups will be meeting together in the next few days to take our alternative forward.”