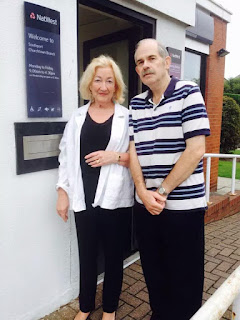 A campaign to save a Southport bank swung into action within hours of NatWest’s shock announcement that their Churchtown branch faces closure.

Lib Dem Councillors Pat Keith and John Dodd visited the bank, spoke to several dismayed customers and revealed they are organising a petition in a bid to keep the bank open.

NatWest announced that the bank will close on November 17 and Councillor Keith declared: “ It’s outrageous and is a clear case of putting profit before people.  There is a determination by all banks to force people away from branches and to online activity.

“What the banks are forgetting is that their branches play a key role in the community, just as the many lost post offices did. “ There are still millions of people who like to do business over the counter with a friendly face rather than a disembodied voice on a screen which is programmed merely to answer set questions instead of the personal touch that we all desire.

Councillor Dodd said: “ I’m very familiar with this bank, the staff are superb and it is a major part of the Churchtown area. I know many local businesses use the branch and branch usage is a major influence on businesses and shops in the areas.” If people now have to travel into Southport to visit the bank Churchtown businesses could well suffer.”

The two councillors will tour the area with a petition against the closure.