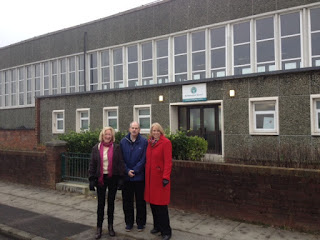 Southport Lib Dems, alarmed by flooding in parts of the town, have met Sefton Council officers to discuss resident's concerns and to draw up plans to avoid a repeat next winter.

"Although these five stations will close we have been assured by the Environment Agency that their role has been to drain agricultural land and that their closure will not put at risk residential properties.

"These closure do not include the pumping stations at the Alt or at Crossens which has recently been upgraded at a cost of £4.9 million"

"Our overriding concern is for the residents and their property and to ensure that they have the proper safeguards against the possibility of future flooding".

Councillor Keith's Cambridge Ward Colleague Sue McGuire said: " "Marshide residents have also had problems with water seeping from the RSPB nature reserve and our investigations have revealed that this is believed to have been due to a blocked culvert and a broken pipe.

"We are working with both Sefton Council, the RSPB and United Utilities to investigate theses issues and any potential flood risk to the site."

Councillor John Dodd, whose Meols Ward has been badly hit by flooding, said: "Our meeting with Sefton Council and the issues raised underlined the complexity of the flooding and drainage situation in Southport but it's one we are determined to get on top of for the protection of our residents."