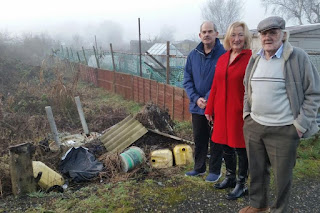 Members of Moss Lane Allotments Associations are facing increased rents in the new year. A group of Southport allotment holders are digging in after being askled to pay a higher rate to rent their plots.

Members of Moss Lane Allotments Associations have been told by letter that lot rental will rise from £65 to £80 in the new year.

The association which manages the allotments has said that rent increase is inevitable and still offers greater value than council run plots.

One plot holder, Jim Marshall, has argued that a price hike is unfair as he believes the plots are not well enough maintained.
He said: "I understand the Association’s point that they have had increases imposed on them by Sefton Council but our objection is that the empty plots are not being maintained and are now overgrown, litter strewn and have become an eyesore.

"It is not exclusively vacant plots that have fallen into disarray. Some people fail to tend their plots yet no action is taken. Furthermore, these neglected plots become ideal territory for a profusion of weeds and their seeds blow onto the maintained plots, causing us extra work.” 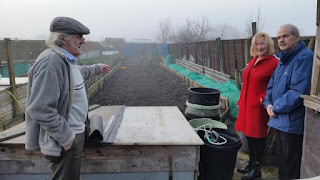 The two councillors, Cllr Keith and Cllr Dodd, were contacted by Jim and visited the allotments for an on-site inspection.

Cllr Keith said: “Many of the vacant plots we saw were in a disgraceful condition and in these circumstances I can quite understand the feeling of the plot holders when they are asked for their rent to increase by a third.”

Councillor Dodd said: “It is often reported that there is a waiting list for allotments in this country and I was very surprised to see so many empty and neglected plots at Moss Lane. I think the association should sort this out.”

Bill Howarth, secretary of Moss Lane Allotments Association, had told members in a letter: “Our rents have remained unchanged for some considerable time despite big annual increases inflicted on our association by Sefton Council.

“Your committee have therefore had no alternative but to increase rents for 2017 to £80 for a full plot and £65 for a half plot.”