Nigel Ashton says "We have asked Sefton Council to think again on its plans to build on local Green Belt land. The Labour-run Council’s plans would see 538 houses built on land south of Moss Lane, and 120 houses built near Three Pools.

"Much of the land in question is top quality  agricultural land and is liable to flooding. There would be a huge increase in traffic on already busy roads, such as Mill Lane. Questions have also been raised about how difficult it will be to find school places for all the new children who would move into the area."

Local Lib Dem campaigner Jo Barton agrees that the plans should be scrapped. "The Council has not listened to the local community", said Jo. "We do not want these developments. Sefton is desperate to press ahead with the plans regardless of the legitimate concerns of residents.

“Once Green Belt land is gone it's gone forever. We must stop these developments before it’s too late" 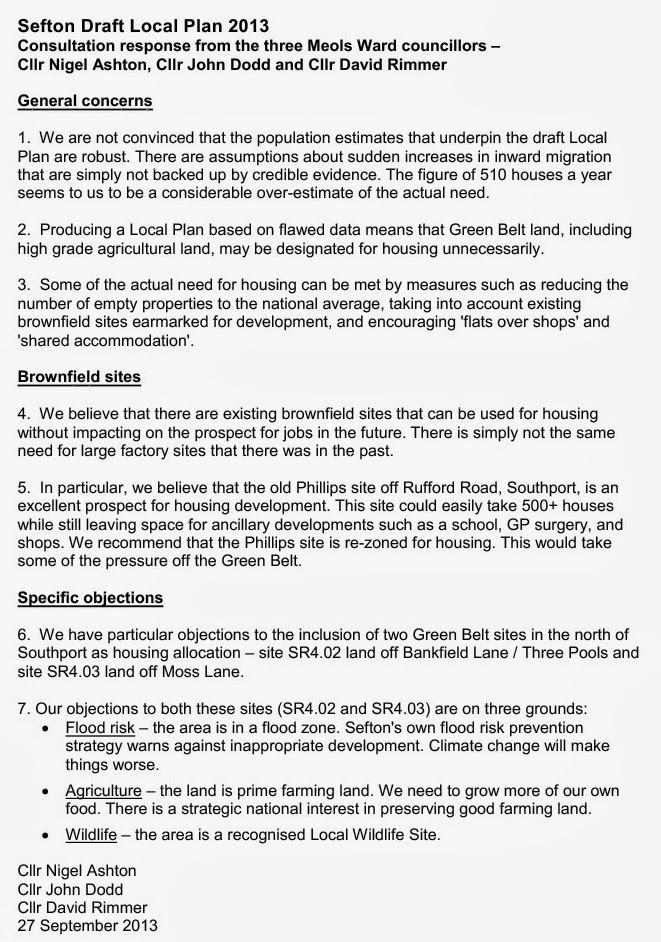