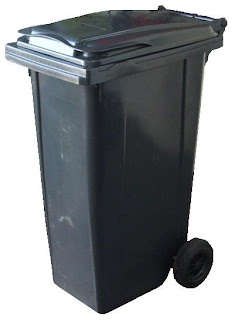 The council's wheelie bin system was unanimously agreed by all the councillors on Sefton - Liberal Democrat, Conservative and Labour.  But just before the local elections, the Conservatives came out against the idea.

Sadly, years later, they are still putting out leaflets trying to blame the Liberal Democrats for a scheme they themselves approved 100 per cent !

A Tory leaflet currently being dropped on doormats in Southport says the "unhygiencic" system is "unpopular", has brought problems for "fed-up residents" and that it is an "ongoing bin fiasco"

The truth is that the wheelie bin system has doubled the recycling rate to around 40 per cent which last year saved £1 million in the cost of landfill charges, apart from the environmental benefits.

The irony is that thoughtful Conservative councillors throughout the country are using the same system as Sefton - and praising its success.

Here's extracts from a letter in a local government magazine from a Conservative Councillor Robert Mitchell: " Braintree was proud to pioneer alternate weekly collections.  It was introduced by the Labour administration, with full council support, and continued by the subsequent Conservative-led regime.